Science Under the Dome

Science Under the Dome is the planetarium's free public lecture series, offered monthly throughout the school year.

Join us Thursday November 7th at 6pm for 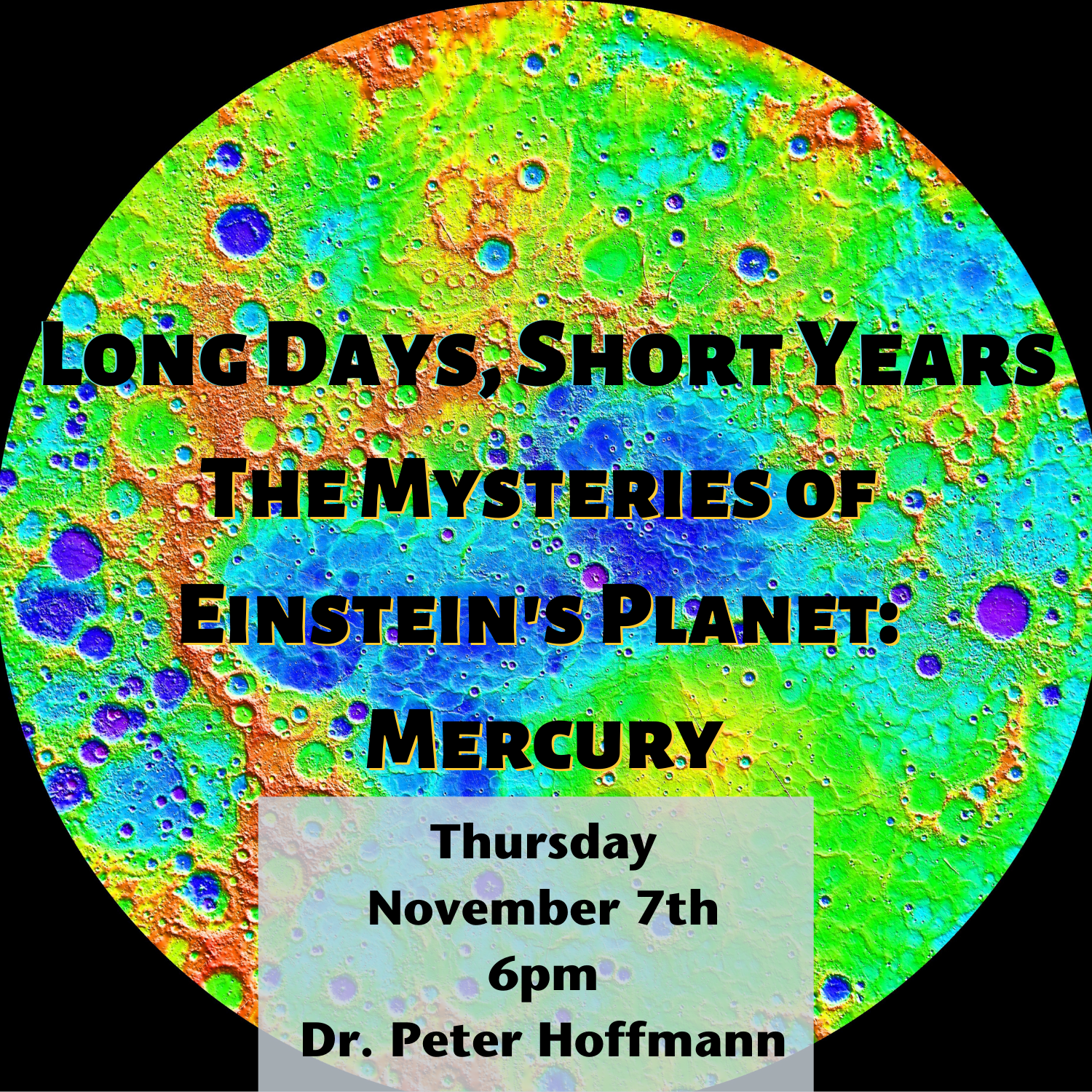 Please join us at the planetarium where WSU Professor of Physics & Astronomy Dr. Peter Hoffmann will present "Long days, short years: The mysteries of Einstein's planet, Mercury" at 6pm on Thursday November 7th.

On November 11th, pending clouds, Michiganders will be able to view the transit of Mercury across the face of the sun with the aid of solar telescopes. The next transit of Mercury visible from Detroit will not occur until 2049.  Learn about the importance of this event and how to view Mercury with the Department of Physics & Astronomy on campus, or elsewhere in the region.

Science Under the Dome is a free public science lecture series held at the WSU Planetarium, sponsored by the Department of Physics and Astronomy.  Seating is limited so an RSVP is required.

The Wayne State Planetarium is dedicated to the promotion of science. We are proud to feature a series of free public lectures covering modern topics in science.