Phantom of the Universe: The Hunt for Dark Matter

Phantom of the Universe: The Hunt for Dark Matter gives planetarium visitors an overview of this proposed part of our universe that we have yet to physically document.  Dark Matter is believe to make up 27% of the universe, so what is this material, and why can't we find it? The film begins by explaining the theory of dark matter, and the indirect evidence astronomers like Vera Rubin have collected that suggest that it exists.  We then explore the ways that experimental physicists are trying to test hypotheses about Dark Matter: by documenting it's interaction with known particles and by creating dark matter ourselves.  The film visits a particle detector under the ground in South Dakota and a particle accelerator in Europe to show viewers current efforts to search for and create dark matter. 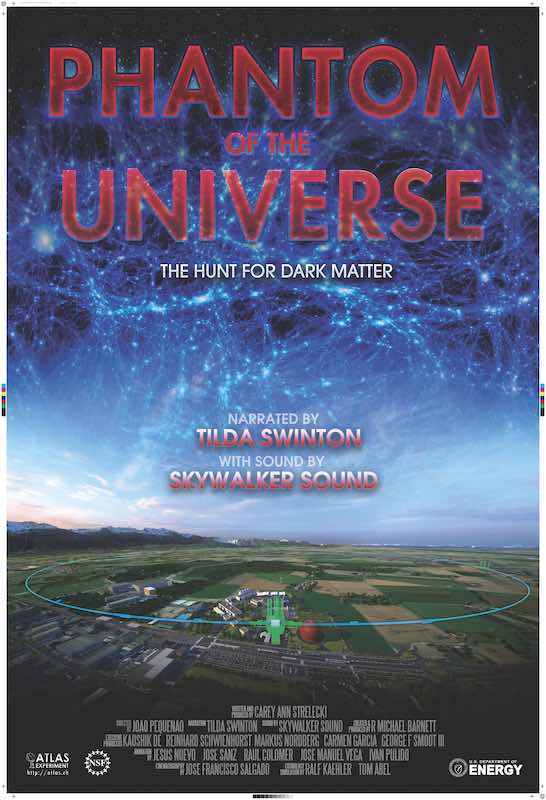 This film is most likely to be of interest to high school students, though we would also recommend it for advanced middle school students.  Please see the Educators Guide for recommended resources and pre-visit planning for all age groups.

The film correlates with the following National Science Standards in earth science and physical science:

A.1 Identify questions and concepts that guide scientific investigation

B.4 Motions and Forces

D.1 Energy in the Earth System

D.3 The origin and evolution of the Earth system

D.4 The origin and evolution of the universe

HS-ESS1-2 Construct an explanation of the Big Bang theory based on astronomical evidence of light spectra, motion of distant galaxies, and composition of matter in the universe.

HS-PS2-4. Use mathematical representations of Newton's Law of Gravitation and Coulomb's Law to describe and predict the gravitational and electrostatic forces between objects.

HS-PS3-1. Create a computational model to calculate the change in the energy of one component in a system when the change in energy of the other component(s) and energy flows in and out of the system are known.

HS-PS3-2. Develop and use models to illustrate that energy at the macroscopic scale can be accounted for as either motions of particles or energy stored in fields.